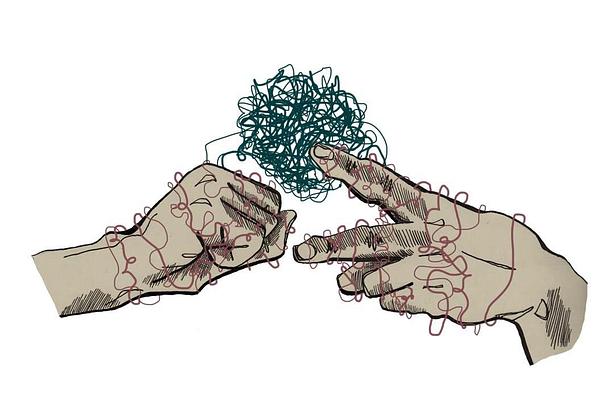 Sometimes things just seem to click into place and in September that hasn’t just happened once, but twice. Myself and my colleagues in Scottish Mediation have been promoting the benefits of using the skills of mediation, or mediating ways if you like. We’re doing so to help organisations improve the way they deal with disputes and conflict both internally and externally, to generate better conversations all round and by doing so to improve their organisational culture.

The first click came at the launch of Partners in Planning, an organisation set up by the Improvement Service, the Planning profession, Scottish Government and others to create an online resource for planners. Part of the resource is accessible skills training available online so that planners can access it when it suits them. I was delivering four sessions (in a row) on mediation skills for planners. In every session planners were relating to stories where they had either used the skills of mediation or where they could see how they could have improved their engagement with applicants, communities and developers. Many related that the skills would have helped them working with colleagues in their own organisations also.

People talked about the importance of active listening. Some commented that by listening, asking open questions and reflecting back to people that they felt someone had paid attention and given empathy for their points of view. Others talked about how by listening and questioning they discovered that the objection raised had been a position and that underneath lay interests that they could address and help people with. An example of this was a person who had objected to a housing development in a village. Deeper exploration found that the concerns were about access to roads and whether a child would have to attend a different school. These were issues that the planner could have explained and helped the objector to frame in a way which would inform the planning process. My observation listening to the comments and feedback was that mediation skills are useful for all professionals and that they should form part of the study required to practice.

The second click came at a conference I attended at the University of Dundee called “Collaboration – New Practices in a Changing World”. It was held to mark the 10th anniversary of Early Dispute Resolution (EDR) an organisation created at the University to help resolve disputes by training staff and students to be on campus mediators.

The idea for the conference came about from discussions regarding the new health and social care partnerships. Organisations with different cultures and values were being brought together with collaboration required for success but not necessarily supported by skills development. We identified areas where despite competition, constrained funding and increased demand, effective collaboration had brought solutions to problems previously thought to be intractable. There was also an examination of the difficulties in taking a collaborative approach and how the skills of mediation could provide a safe space for the exploration of issues and indeed some of the frank discussion needed for overcoming obstacles to progress.

A key part of the new health and social care landscape is the idea of multi-agency working. Part of the reflection at the conference was that we needed to equip more people with the tools that mediation skills provide if we are going to have successful work of this sort. The mediators from the University of Dundee were able to give great examples of how their interventions in the University had helped to resolve not just “normal” workplace disputes within departments but in a number of cases better working between departments and disciplines within the University. Part of the message about what 10 years had shown them was the added value of reflecting on the application of those mediation skills with colleagues and the benefits gained from the investment (relatively small) made in gaining and maintaining those skills.

The first two clicks have subsequently led to a third click. What clicked when I was looking at the experiences of both events was that there is an added value of learning the skills of mediation as a whole discipline. It gives an understanding of how best to craft the use of all the different skill elements that you can use, when to go from one to another and in some cases when they’re not appropriate too. It also confirmed that you’ve never learned enough and that there are always new applications and possibilities.